“Using Culture Segments has been hugely transformational. It’s given us the confidence to be braver, to take more risks and to challenge old thinking.  We’re not just about historic houses; we’re a dynamic organisation bringing Shakespeare to life in all its many forms.”

The Shakespeare Birthplace Trust is the independent charity that cares for the world’s greatest Shakespeare heritage sites in Stratford-upon-Avon, and promotes the enjoyment and understanding of the writer’s works, life and times all over the world. 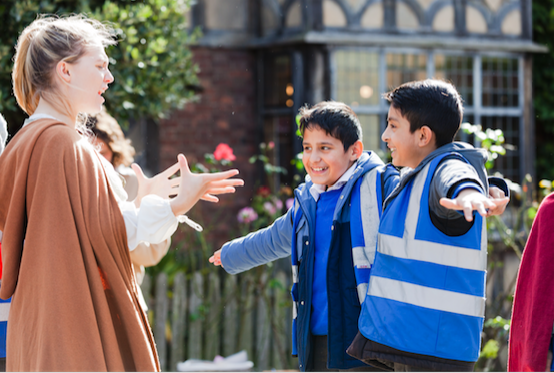 It was formed in 1847 when Shakespeare’s Birthplace was saved for the nation at a public auction as part of a national campaign. Today, around 400,000 people visit the Birthplace each year with a very large number coming as part of organised tours and high proportions from overseas.

In 2015, the Trust received funding from Arts Council England’s Museum Resilience Fund to look into existing and potential markets for its current offer, and gather audience insight for a potential World Shakespeare Centre in Stratford-upon-Avon.

The Trust had tried various segmentation models in the past, but they were never really successfully adopted. During the tender process it became clear Culture Segments was the kind of segmentation they were looking for.

MHM’s research identified the Trust’s core Culture Segments as Essence, Expression and Enrichment. It also found that the Trust had a large and as yet untapped market in Stimulation, and that this segment could be a key audience for future engagement.

Talking a common language around audiences

MHM created bespoke pen portraits for the marketing team to help them get buy-in across the organisation. This helped the different teams have a much greater understanding of who they were trying to reach and why:

“Before, when promoting an offer we used to ask ‘Who is it for?’ and were often told ‘Everyone!’ – which, of course, is incredibly challenging when it comes to marketing. That doesn’t happen anymore. Culture Segments is now fully embedded within the Trust. People talk about them. They know who they are and when we’re discussing our offer and our future we are keeping the audience at the front of our minds.” – Dave Wright

The marketing team works very closely with the programming and informal learning teams and holds copywriting sessions for people across the Trust; but Culture Segments is now shaping discussions, Trustee down, whether or not the marketing team is involved.

The Shakespeare Birthplace Trust has used MHM’s insights to review all aspects of the organisation and has critically assessed its offer against the needs of its  target audience. There have been some painful goodbyes to things they have always done but had to accept weren’t meeting the audience’s needs.

Lots of the Trust’s marketing messages are now focused on the Expression market (although they’re mindful that Essence and Enrichment are core audiences too). They often use buzz words such as ‘join in’, ‘get creative’ and images are predominantly shots of people engaging with the offer.  They’ve also tested simultaneous Facebook adverts targeting different audiences.

Knowing there was an untapped market in Stimulation has led to a dramatic change of approach to programming.

The Trust’s showcase Christmas event was developed with Stimulation in mind and is totally different to the core offer – more cutting edge and innovative.  In 2017, for example, the team worked alongside dance theatre company, Motionhouse, to bring an incredibly popular contemporary dance performance to the grounds of Shakespeare’s New Place.

That year also saw the introduction of a new After Hours programme. The idea actually came out of an MHM-led workshop which identified a clear gap in the Trust’s offer. They now host regular events aimed at the key Culture Segments: from talks and discussions led by Shakespeare experts, to Bhangra workshops and ale tasting sessions. The response has been phenomenal. Not only have they been very popular but around 80% of the After Hours bookers had never been to a Shakespeare Birthplace Trust venue before, and significant numbers are buying tickets to multiple events.

Bringing in more people outside the summer months is a huge issue for the Trust so they’re using  Culture Segments to develop smarter programming for November to February, with a particular focus on community-minded Expression.

The Trust has reviewed its Friends scheme, looking at the messages they used and tweaking them depending on which Segment they were talking to. They’re also adapting the messages on donation boxes, being much more explicit in what the money could help do: highlighting the impact of their educational work, for example, which particularly appeals to the Expression market.

In 2020, The Trust piloted a new website with content and user journeys framed to appeal to specific Culture Segments. They are due to launch the full website in 2022. They have also introduced a hugely popular ‘Which Shakespeare Character Are You?’ quiz to build engagement and overlay analytics data with Culture Segments insight.

“We’re a 170-year-old organisation but prior to 2015 we knew very little about our audiences. We were looking to introduce a common language across the organisation when talking about audiences and develop an organisational-wide understanding of who our audiences were, their needs and desires.”