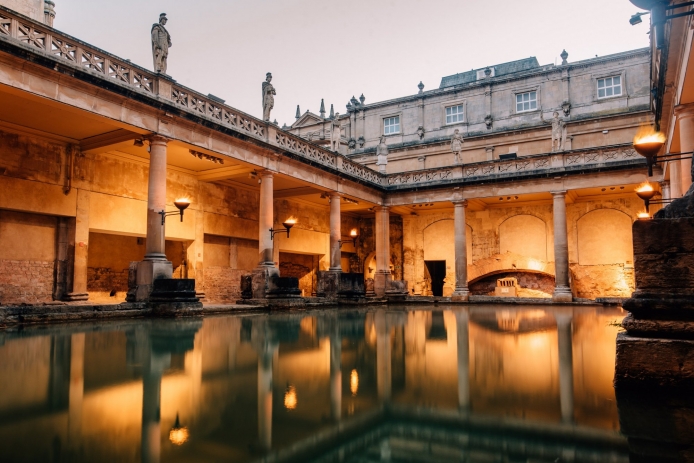 The Roman Baths’ hugely successful online quiz: Which Roman God am I? effectively segmented their supporter base while offering engaging new content for digital audiences.

The Roman Baths in Bath is one of the UK’s leading heritage attractions. The site includes a Roman Bath House, a Roman Temple, a thermal spring, museum and restaurant. It receives over a million visitors each year. 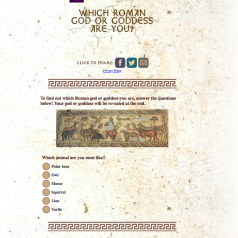 Hoping to make a buzz

The Roman Baths team wanted to use Culture Segments to understand their audiences at a deeper, values-based level, but they came to us with an unusual request: Could they use Culture Segments in a different way – as a fun and engaging quiz tool for their website and social media channels?

The team’s aims were threefold:

We loved the idea. It gave us a chance to be part of an innovative project using gamification to increase engagement and have a real impact with an exciting client.

Which Roman God am I, anyway?

We decided to create a short, fun, ‘Which Roman God are you?’ quiz, with the gods aligned to the eight Culture Segments.

The MHM team (which included two classicists) happily immersed themselves in Roman mythology to identify the gods that best matched each Culture Segment’s psychographic characteristics.

In due course, respondents in the culturally confident Essence segment became Apollo – the god of poetry and music. Those in the Perspective segment received Diana as their deity – Perspective are strongly inwardly focused and happiest when doing their own thing, which chimes with Diana’s love of solitude and the countryside.

As well as the Culture Segments Golden Questions, the survey included two additional ‘personality quiz’ questions to increase engagement, and provided respondents with an opportunity to join the Roman Baths’ mailing list.

The quiz launched on the Roman Baths website and social media channels in April 2018. It has been a great success, with thousands completing the golden questions, discovering their Roman God, and then sharing their results and the quiz with others.

Many have also opted to stay in touch with the Roman Baths by joining the mailing list.

Expression are a core segment for the Roman Baths

The Expression segment – Venus, the goddess of love – accounts for the largest share of Roman Gods quiz respondents.  Expression are enthusiastic ‘people people’, who like sharing cultural experiences with others; the quiz may well have appealed to their sense of inclusivity and fun.

Essence (Apollo) are also a large segment among respondents – the opportunity to increase their knowledge of Roman deities is likely to have appealed to them.

The conscientious Affirmation segment (Hera) accounted for a smaller, but still significant proportion of respondents: Affirmation are keen self-developers.

As the largest segment in their online audience, the Roman Baths team decided to optimise messaging for Expression and encourage them to visit in person.

The team identified their Easter holiday product – Bank Holiday weekend late-night opening with live music and a Prosecco Bar – as a strong offer for Expression and designed campaign creatives with Expression in mind. Images, in bright, warm colours, show people enjoying themselves together. The accompanying copy conjures up a sense of the atmosphere that works really well for Expression.

The Roman Baths team is making the Roman Gods quiz available during the Easter holiday event as a fun activity for attenders and to show the team whether the campaign successfully attracted the Expression target group.

It will also provide segment-driven insight on how to position future events and messaging around them with key segments in mind.

Moving forward, plans are afoot to incorporate the Roman Gods quiz in the Roman Baths’ booker emails. This will provide the team with an additional level of insight into their database segment profile, helping them strengthen future differentiated messaging campaigns and further deepen their engagement with their audiences.

‘Since we started optimising our creative for our Culture Segments, our ad-recall surveys have shown more people are engaging. 42% of customers said that the advertising was the deal-clincher. Of the people who recalled seeing the advertising, 81% of people felt an emotional connection with the advert creative and 70% said it made them feel more positive about the Roman Baths.”